THE IMPORTANCE OF FRENCH FOR COMPANY BUSINESS

French is becoming one of the languages most in demand by companies. Learning this language is an adventure, not only because of the interest it generates, but also because of the immense usefulness that learning this new language can offer us today. Training in French for companies is an incredible advantage in the world of work and can become a strategic necessity.

If the company is looking to expand internationally or make the business more global, this can only be achieved with well-trained employees. English is the language par excellence in the world of work and there are strategies for incorporating it into your company, but what is the importance of French for business? In this article we find out everything you need to know about French for business.

French is, without a doubt, one of the most sought-after languages for work. Many studies state that 7.4% of Spanish companies ask their employees to speak French. It is a language in great demand in the hotel and tourism, pharmaceutical, commercial, health, engineering and production sectors. Moreover, it is a language spoken officially in no less than 30 countries, taught in schools on all 5 continents. Finally, it is also one of the 5 official languages of the United Nations, an important fact if your company works in this sector.

France is located at a strategic point on the European continent. For this reason, it is especially important to master the French language, as the proximity and the high volume of business in France can open many doors for companies. It is very important for businesses to learn this language and to invest time and resources in hiring French language training for companies.

Today, the market is highly globalised. French is the third most spoken language on the internet. The digital world not only connects companies with customers, but also facilitates commercial agreements and partnerships between companies. French language training will enable your employees to interact with French speakers from all continents and to keep up to date with the latest trends through the major international French-language media.

How does French influence business growth?

French: a language for business

We already know that French is the official language of France, but perhaps you didn’t know that it is the official language of 5 countries in Europe in total. France is the fifth largest economy in the world, behind the United States, Japan, China and Germany. The Gallic country is known for having some of the best companies in different sectors such as: Sant-Gobain, a building materials company; L’Oréal, the well-known cosmetics and household goods company or Bouygues and Vinci, the construction and engineering companies.

Belgium, where the French language is co-official alongside Dutch and German, has one of the companies with the highest level of market capitalisation: the world beer manufacturer Anheuser-Bush I, which has 25% of the market share. Switzerland is another country where French is a co-official language. Switzerland is home to several international organisations such as the World Trade Organisation, the Red Cross, FIFA, UEFA and the International Olympic Committee.

If we jump to other continents, we highlight the presence of French in Canada. This country is one of the richest nations in the world and a member of the Organisation for Economic Co-operation and Development (OECD) and the G8, the group of countries with the most industrialised economies on the planet. On the American continent, there is also another country where French is officially spoken: Haiti. Due to France’s colonisation of the African continent, the French language is official or spoken by a large part of the population in many African countries, such as Benin, Burkina Faso, Burundi, Cameroon, Chad, Central African Republic…

How to find the best in-company French language training

Personalised training based on the objectives and needs of each employee should be one of the key points when choosing the best online courses for companies. If your goal is to expand your company and establish relations with other countries. It is essential that, in the French course they take, your employees should know the customs, the business protocol of the country and how to perfectly approach a business meeting with foreign clients.

There are many French courses for companies, but one of the best options is Classgap for Enterprise, an official school with more than 10 years of experience in the education sector. All of their courses are fully customised so that employees can learn as much as possible in the shortest possible time. The platform has its own “Virtual Classroom” so that your employees can get the best online French classes for companies. Finding the best French for business training can be tricky, but at Classgap for Enterprise we have everything you need for your company, so contact us today to start training your employees in French for business now! 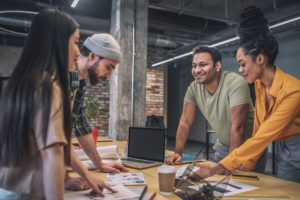 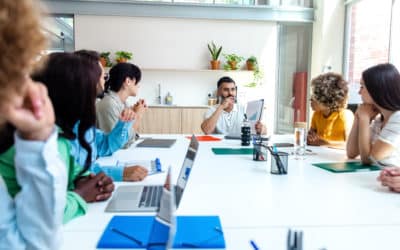 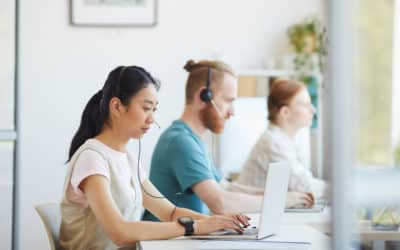